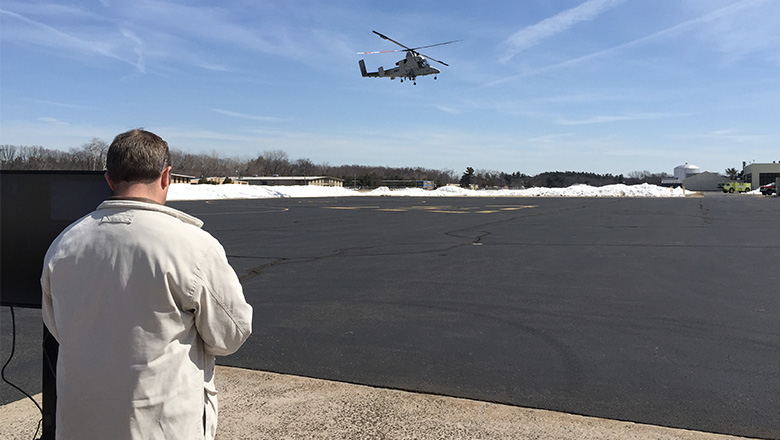 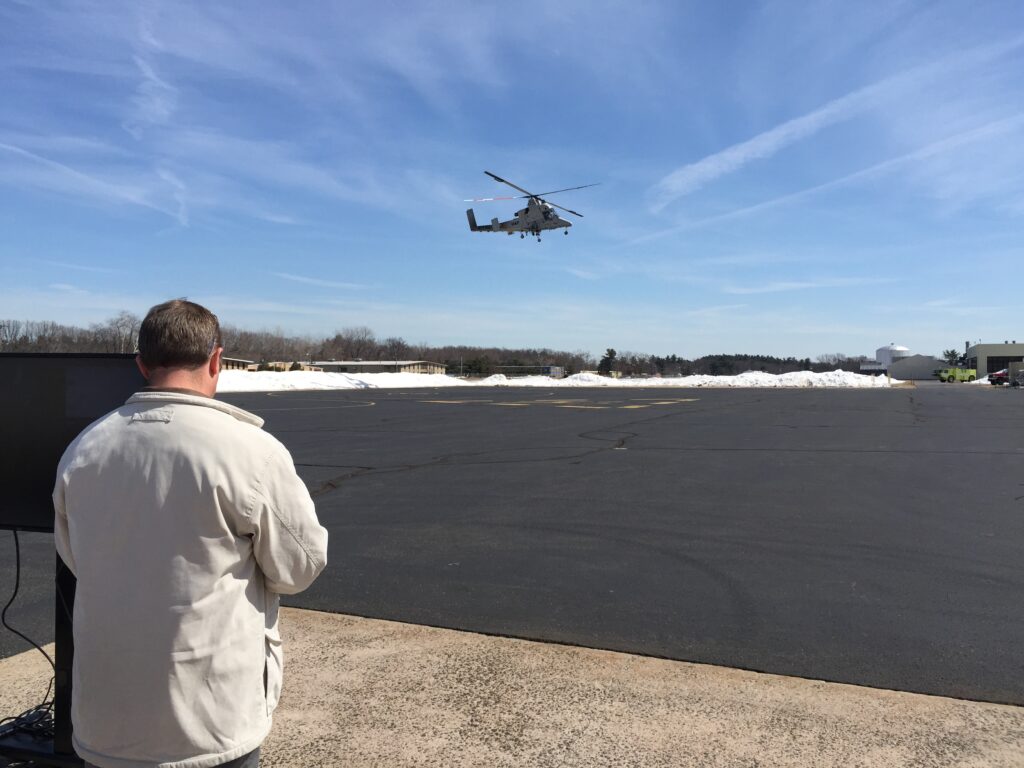 During the medical casualty response and resupply scenario, a distress call from a ground unit reporting a casualty led ground operators to send an unmanned ground vehicle to assess the area and injured party. The ground operators, who were using control stations that communicated with each other using the Unmanned Aircraft System Control Segment architecture, requested airlift for the injured individual by an unmanned K-MAX.
From the ground, the K-MAX operator used a tablet to determine the precise location and a safe landing area to assist the team. When the UAS arrived at the scene, the two unmanned vehicles were given instructions by a single operator using a Vertical Takeoff and Landing Evacuation and Resupply Tactical Interface (VERTI) Medic Interface and UxFleet/Collaborative Mission Planning system from Neya Systems. The injured person was strapped into a seat on the side of the unmanned K-MAX, which then flew the individual to a safe area for treatment.

The operator conducting the demo had no previous experience controlling the K-MAX and was able to control both the UAS and UGV at the same time after just one hour of familiarization training.

The UCS architecture provides a common basis for acquiring, integrating, and extending the situational awareness and capabilities of the control systems for unmanned systems. With UCS, legacy systems can be adapted for use with common control stations by opening up their capabilities, and integrating them with open UCS interfaces, making existing systems not only interoperable but readily upgradeable. The flight test showed how the UCS architecture can integrate a handheld GCS with the aircraft and ground vehicle and enable collaborative activities between multiple autonomous platforms.