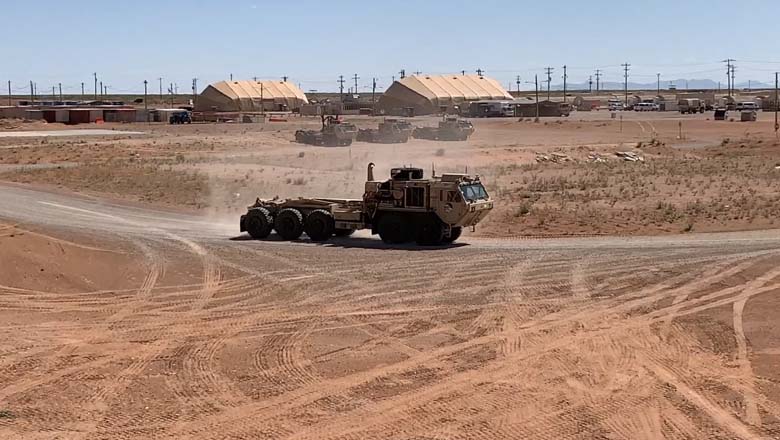 Neya is currently developing an advanced behavior for the AGR program which allows for 10+ autonomous PLS vehicles to orchestrate an exit from a Depot parking area. As a behavior provider, Neya works collaboratively amongst five other industry partners to define the overall AGR system architecture including the interoperability profile (IOP) instantiation definition as well as the robot operating system (ROS) based topic descriptions. A comprehensive architecture definition and interface definition documents are produced as a result of this collective effort. Neya’s depot assembly behavior was ranked #1 in autonomous behavior for deployment after a 3-week soldier test and evaluation.

Convoys are a prime target for the enemy, and therefore GVSC is making efforts to remove the human operators and make them autonomous. However, humans still have to manually drive multiple convoy vehicles to and from their depot parking locations before and after autonomous convoy operations – a time-consuming and laborious process. Neya Systems was responsible for the design, development, and testing of the autonomous depot assembly and disassembly behaviors, enabling end-to-end autonomy for convoy operations.

While autonomous convoy transit is the primary goal, an often-overlooked challenge within the operation of autonomous convoys is the significant manual effort required to assemble and disassemble the convoy before and after autonomous mission operations. Vehicles often start in a tightly packed parking depot area, and human operators must manually drive each vehicle to its starting position within the convoy. When a convoy arrives at its destination, each of the vehicles must be manually moved to its parking position. Automation of these currently manual processes would save soldier time and provide end-to-end autonomy to the robotic convoy problem. 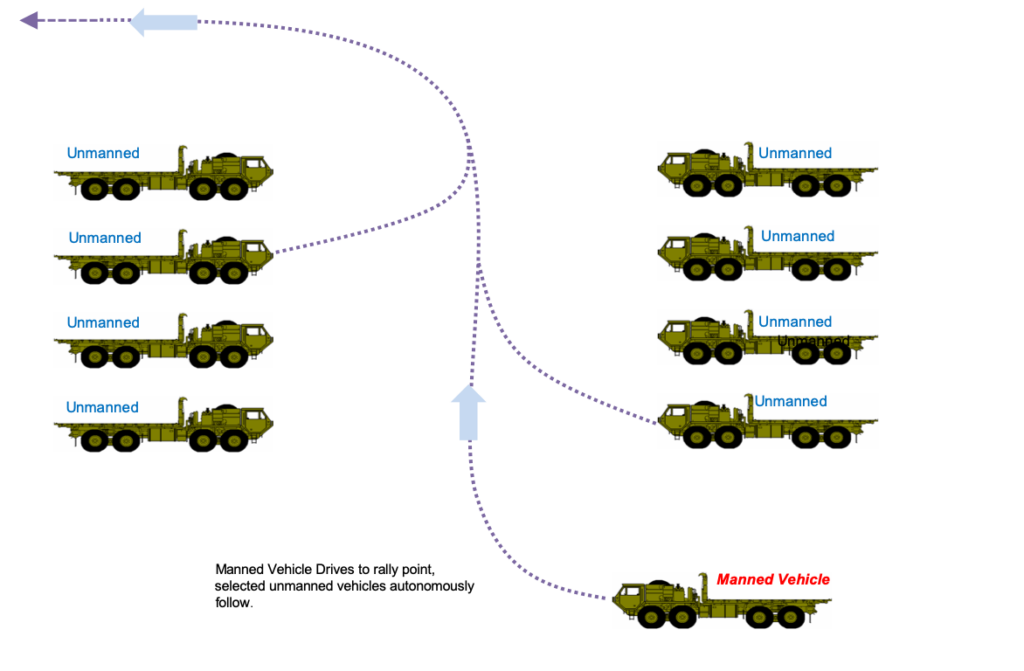 Neya’s task for AGR Increment 2 was to solve these last-mile problems and enable fully autonomous convoy operations. The first developmental priority during the project was the Depot Assembly capability: autonomously orchestrating an exit from a depot parking area to a convoy. The second priority was to develop a corresponding Depot Disassembly capability: autonomously parking the vehicles at the conclusion of a convoy mission.

The AGR program is designed to leverage a significant amount of simulation followed by testing on physical vehicles. Each AGR program increment culminates with a soldier experiment and refinements are made based on experiment feedback.

Neya has developed decentralized teaming behaviors that satisfy these program requirements and allow the AGR vehicles to autonomously navigate between a convoy formation and a depot parking area. Vehicles autonomously assemble on command from their parked locations to a convoy formation at the start of the convoy mission, and upon arrival at their destination, the vehicles can then autonomously park in positions specified by a human operator. These capabilities have been implemented as assignments within the overall AGR Autonomy Kit system architecture and are invoked at the start and end of a convoy mission.

A critical element in developing a practical application of decentralized teaming to the depot parking problem was to rely on limited input from the convoy operator to greatly reduce the size of the problem space. The AGR autonomous convoy always has a “human in the loop” in the lead vehicle of the convoy. By making a small tradeoff in the goal of 100% autonomous operations and requiring the operator to provide some additional inputs at the start and end of a mission, Neya was able to drastically simplify the problem and create practical, reliable, and predictable autonomous parking capabilities.

As these depot capabilities were developed, verifying them required extensive functional testing to ensure that the approach to the problem was robust to a variety of operational scenarios.

Demonstration and deployment of these advanced behaviors for soldier exercises requires integration into the AGR hardware/software platforms. Testing solely with the real vehicles is cost and resource prohibitive, so Neya developed a testing strategy that allowed for rigorous functional and integration testing in the lab, allowing us to maximize testing opportunities on-vehicle.